Canon’s Canonet G-III QL17 is small, unassuming, well built, almost silent, and pretty cheap—all qualities which should make it a nearly perfect 35mm camera for street and documentary photographers. But it isn’t even close to perfect for me. Although I have genuine love for Canon’s mighty mite rangefinder, the hard-to-admit truth is that I like the way the camera looks far more than I like actually shooting with it. If I had a Leica or a Contax rangefinder, the Canonet would most likely end up on a shelf as a bookend.

Name: Canon officially calls the camera the Canonet G-III 17, but you’ll often see it referred to as the Canonet G-III QL17 or the Canonet QL17 G-III. These are all the same camera. It’s a finger full to type though, so reviewers have gotten into the habit of also writing “Canonet QL17,” but that technically refers to the previous generation of the camera. The “G-III” is the crucial part if you are searching online listings to buy one.

Dates: Manufactured from 1972 to 1982. So any G-III QL17 you buy today will be older than most every seminal hair metal album, including Def Leppard’s Pyromania, but I promise that old age won’t get in the way of taking a great photograph.

Current cost and availability: The Canonet series was very popular—so much so that Canon sold around 1.2 million units of the G-III QL17. That is good news for current shoppers because there is a bunch of used stock available. The bad news is that a lot of the cameras have sticky shutters and crumbling light seals, so unless you know what to look for, stick to a trusted retailer that has properly checked out, repaired, and described the camera. I got mine three years ago for $150. Prices have gone up since then (a testament to the resurgence of 35mm photography); a comparable copy goes for nearly $200 now. I still see them from $25 to $75 on eBay and Etsy, but the big kahunas of used gear—B&H, Adorama, and KEH—usually list them in the $100 to $200 range. Be aware that the rare black version of the G-III QL17 is much desired and will thus command a cash premium. The chrome version is more readily available and will make your bank account happier.

Autofocus: Nope. All Canonets are manual focus rangefinders. The rangefinder patch—the part of the viewfinder that shows what is in or out of focus—seems small to me, but it is bright and more than adequate for street photography and family snapshots.

Lens: All Canonets have fixed lenses. The “17” in the G-III QL17’s name refers to the camera’s 40mm f/1.7 lens. It is quite nice and sharp, and the 40mm focal length is a happy compromise between street photography’s standard 35mm and 50mm options. 40mm is actually closer to what the human eye naturally sees, so if you haven’t used a 40mm before, it won’t take you long to get comfortable.

Battery: Ah, here now is the rub. The camera originally used a single PX625, a 1.35-volt mercury battery that is no longer available in the United States (mercury batteries in general are banned in the U.S. and many other countries). In the past, some photographers opted to use the 1.5-volt alkaline equivalent, but that hotter battery would throw off the camera’s metering. The good news is that a 1.35-volt Wein zinc-air battery is now available for 5 bucks. The really good news, though, is that the rest of the camera works just fine without a battery. If you can live without the meter, you can avoid all the battery woe.

Weight and construction: Back in the day, the Canonets were considered consumer-level cameras, the kind of kit that parents and grandparents took on vacation to record family memories. Some modern pro cameras can only wish to be so well made today and might blush at the impressive metal construction of the merely “consumer” Canonet. The camera is comparatively small but deceptively dense and sturdy. It weighs 620 grams or 1.36 pounds or a little more than Canon’s 50mm f/1.2 lens.

Light meter: Yes. But it only works in shutter priority and only if you have a battery installed. Metering is reportedly accurate, but I’ve never actually bothered to use the meter because I prefer shooting manual exposure.

Max shutter speed: 1/500. This is quite slow by today’s standards, and it might affect your ability to shoot wide open on sunny days.

Film advance and rewind: Both are manual, but loading film is quicker than rewinding courtesy of Canon’s quick loading (QL) system. Film advances by a solid-feeling, smooth-moving lever.

User Manual: Most of us don’t want to even think about looking at a manual, but old film cameras can be bizarre beasts to tame if you are coming from a lifetime of digital shooting. Just grab a G-III QL17 PDF from the bitchin’ and benevolent Butkus. It will come in handy.

In 1937, the company that would eventually become the mighty Canon was just a camera upstart producing Leica-influenced (i.e., copied) rangefinders. A whole lot of rangefinders. And many of them were pretty high-end and popular.

Inevitably, though, the camera market began to change in the late-1950s as more professional and enthusiast photographers gravitated toward SLRs. Canon kept pace by introducing its first SLR in 1959 but didn’t abandon rangefinders entirely. Instead, the company went down range and began producing in 1961 the Canonets, a series of rangefinders aimed at the general public—dads and moms and grandparents who didn’t need or want the latest and greatest tech in an expensive SLR.

That strategy worked beautifully. Canon was rewarded with excellent sales, so much so that by 1969 Canonet marketing material boasted about being “the best selling camera series in the world.”

Despite the marketing hyperbole, the Canonets did genuinely shake up the industry because they were inexpensive for what was offered: fast lenses, well-made bodies, and accurate autoexposure abilities. Canon would ride the cash wave for over 20 years by eventually producing three series (14 models) of Canonets. The G-III QL17 is part of the third and final line; it remains the most coveted camera of the bunch, especially the rare black edition.

The QL in the the camera’s name stands for “quick loading,” but “quick” here is relative: it’s not as quick as the EOS-1N’s more modern and automated film loading and advance, but compared to other fully manual cameras, the Canonet is without question easier and faster.

Canon’s QL system is essentially a flat plate that covers the film leader. It ensures that your film lies flat as it advances. Just roll the film leader to the red mark, and close the QL plate. You don’t need to thread film into a spool because the intricate QL internals take care of all that for you.

Close the camera’s back cover, and begin winding the film with the advance lever. On the back of the Canonet, a small transport indicator with red and white bars rotates as the film advances. The red on mine, however, has completely faded, and I imagine it must be the same for a lot of cameras out there. No worries though: as long as the advance lever can be cocked, the film is advancing correctly. When the lever stops, your first frame is ready to shoot.

The process is all manual and is as quick (or slow) as your hands can move. After you’ve shot your last frame, push the small button on the bottom of the camera. The button releases the film rewinder. Lift the small handle on the rewinder and crank away; a small arrow on the handle indicates the direction to turn. It’s a nice touch.

The camera’s look and size are absolutely adorable. So that you can see exactly how compact the camera really is, here’s the Canonet sandwiched between a Fuji X-Pro2 and an iPhone 6S, two tidy bits of kit themselves.

The camera also feels good—though not excellent—in the hand. If I could design a brand-new QL17 just for myself, I’d make it about one-half inch longer for better balance and weight distribution, but it might be perfect for you as is.

Shutter sound is very quiet compared to the racket made by fully auto cameras like the Canon EOS 650 and EOS-1N. Current mirrorless digital cameras with an electronic shutter are truly silent, but for 35mm shooting, the Canonet is certainly stealthy enough to be your first-choice camera for street and candids.

The Canonet’s 40mm lens is generally considered quite lovely—slim size, bright aperture, and sharp optics. Some even say Leica sharp. I can’t say that for sure, for I have yet to shoot with a Leica lens…but the humble Canonet reaching those lofty heights does seem to be a stretch. The lens, however, is definitely nice. It won’t hold you back from producing the best images you can.

The throw on the focusing lever is short, thus allowing a shooter to swiftly move between the minimum focusing distance of 2.6 feet to infinity. A lens with a short focus throw isn’t desirable for cinematography, which requires exact incremental focus adjustments, but for street photography and zone focusing, it’s great.

As you turn the aperture ring, your fingers will hit the self-timer and ASA “levers.” Well, Canon calls them “levers.” They are actually little pieces of unforgiving stabby metal. I recognize and appreciate that the camera is small and lens designers could do only so much to cram everything on it, but there is no way the Canonet was tested with real manual shooting in mind.

You can, of course, avoid the aperture issues entirely by shooting in shutter priority, which is really what the camera was made for (the light meter for example works only in shutter priority). A possible problem there for modern photographers is that shutter speeds can be selected only in whole stops: 1/4 to 1/500. I like that simplicity, but it takes some getting used to.

Also, if you do shoot in shutter priority and want to use the light meter, the camera can recognize only a limited ASA/ISO range: 25 to 800. Ilford Delta 3200 ain’t welcome here.

Should You Buy One?

This is a tough question. Tougher than usual. Working with and playing with and living with and falling in love with a film camera is such a personal, specific, subjective experience: your one and only and forever might simply be my one night stand. And vice versa.

In the cold light of day, the Canonet probably looks unattractive because it has a hotter and less attainable friend: the Leica. Photographers often initially consider Canonets because they are interested in rangefinders but can’t afford to invest right away in a Leica or any other pricey interchangeable lens system (I’m looking at you, Contax). The Canonet is an appealing consolation prize here because it comes with a great lens and can be acquired for less than $200. But who really, really wants the camera? For many of us, it’s just the best rangefinder option available right now.

And that, of course, isn’t terribly fair. The Canonet is a truly lovely camera to look at and to hold, and if you like shooting street photography in shutter priority, you’ll get a lot from the G-III QL17.

But I’d still wager that for most photographers, the Canonet is not the right fit as a main or even backup camera. It feels more like a fourth, fifth, or sixth camera, something best left to 35mm aficionados and rangefinder fanatics, Canon collectors and completists—photographers who want a connection with an undeniably interesting part of camera history.

If that sounds like you, just pay the 150ish bucks and get one.

As for me, my eye is definitely wandering. 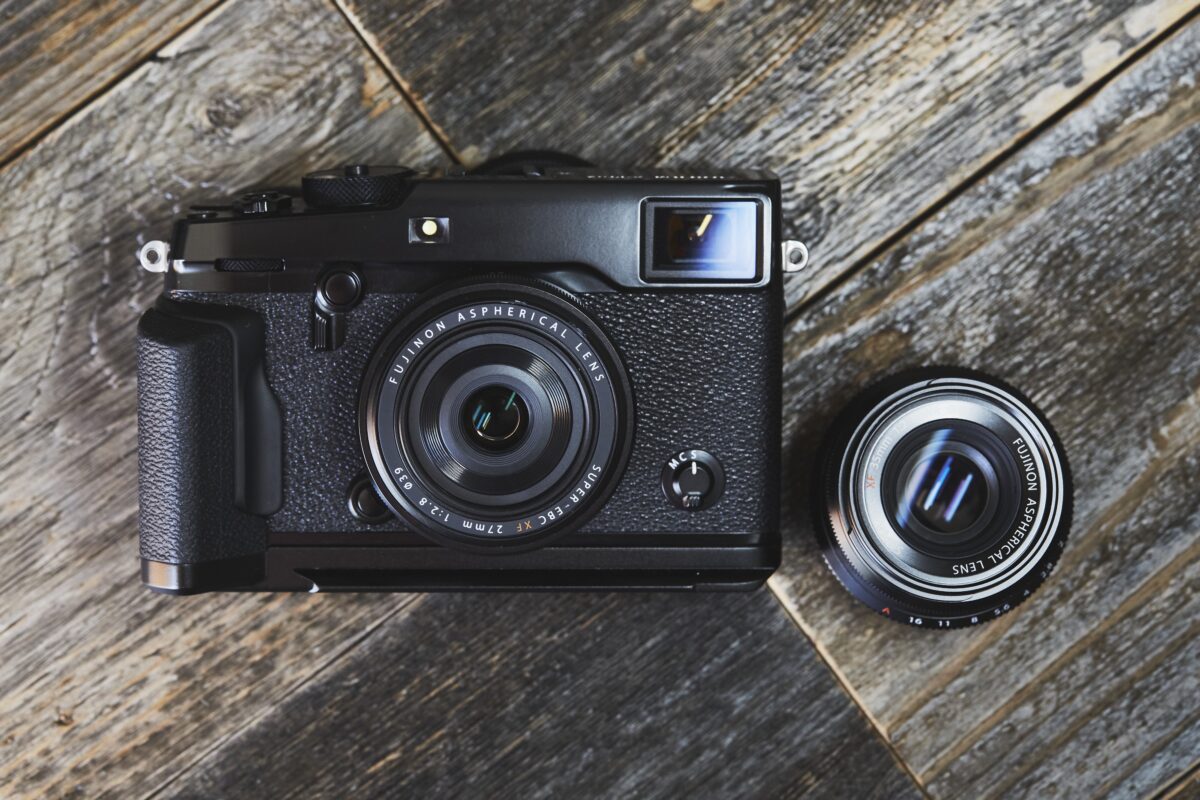